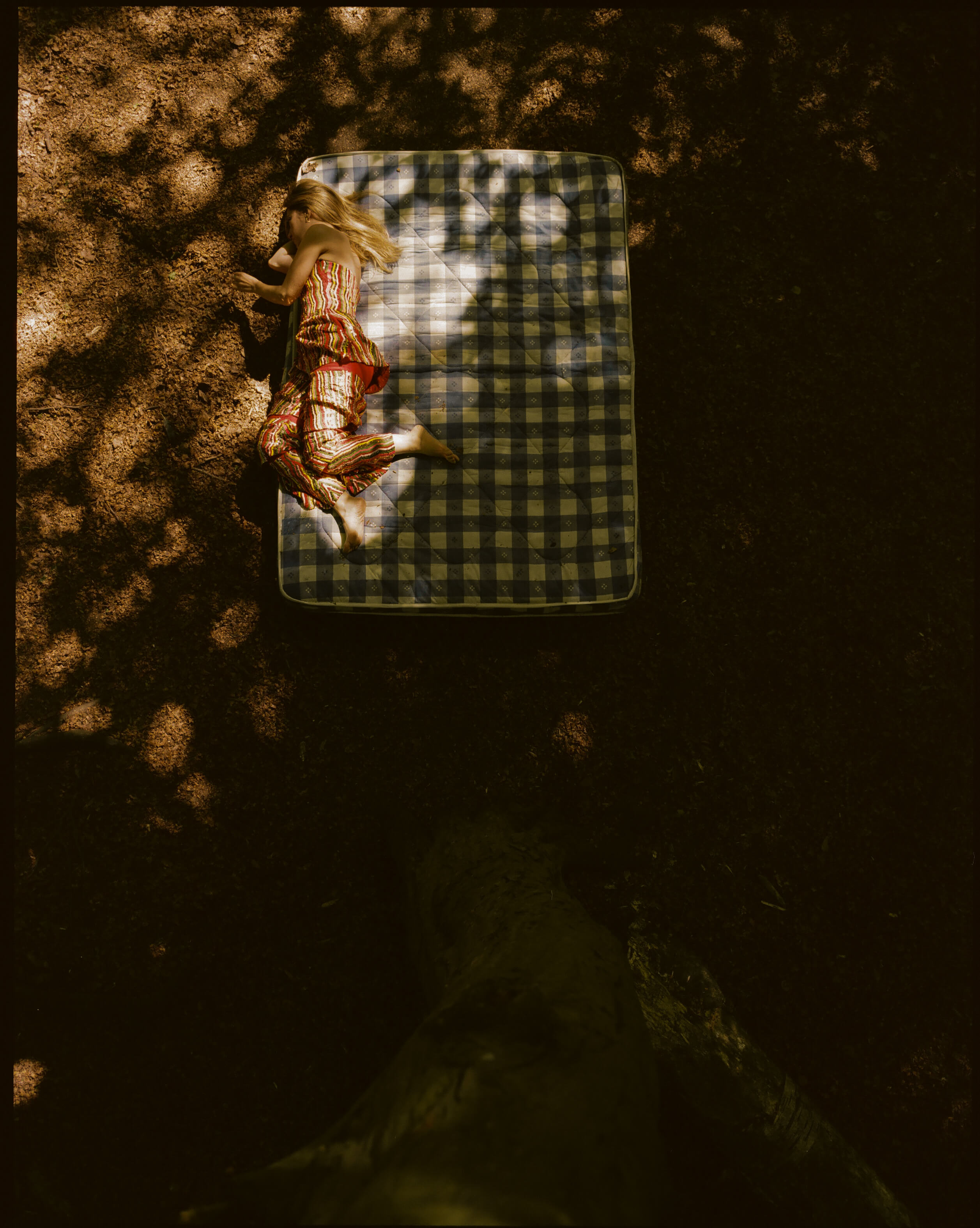 Lyves is the alias of Francesca Bergami. Her emotive lyrical themes and alternative route into performing have set her apart from most other artists and earned critical acclaim for her early releases.

Born in Aylesbury to an Australian mother and an Italian father, before spending most of her younger years on the move, Francesca is fluent in Portuguese and Italian. Her interest in music can be credited to her parent’s vast record collection that she started sifting through from the age of four. “I was more attentive to them than anything else in the house,” says Francesca. “My first musical memory was Dire Straits, then I remember a lot of Michael Jackson and singers like Sade and Sinead O’Connor. I exhausted every single thing my parents had. I didn’t really realise how much I loved music back then.”

Francesca started penning songs at the age of eleven, but music was something she kept close to her heart. Francesca’s early teens were soundtracked by the likes of Tupac, Seal and Sade, but as she grew older her taste leant more towards the electronic end of the spectrum: Moby, Air, Boards of Canada and Enya. “Hip-hop, soul and ambient electronic music. That’s always been the thread for me,” says Francesca. “My mother used to play Enya a lot and I thought it was corny as a teenager, but I think it really influenced the way I produce.  I love Enya’s music now.”

Shying away from a career in music, fearing it was unattainable, Francesca went to Goldsmith’s to study psychology before embarking on a career as a support worker for young people in care and later a mental health advocate where she worked at a psychiatric hospitals. It was at this point – nine years ago – that Francesca realised there was something missing in her life. Her secret needed to become a full-blown creative endeavour. Francesca got her hands on a keyboard and embarked on the task of learning to play, she advertised for musicians on Gumtree and started to perform live to an audience for the first time since she was thirteen. Citing influences as diverse as Enya, Tupac, Moby, James Blake and Philip Glass, Francesca is deeply inspired by music that speaks to the quiet of one’s heart.

The world started to take notice when she publicised her first release ‘Visions’, which paved the way for her debut EP ‘Like Water’ released in January 2017. These early releases consistently earning her top positions in Hype Machine along with critical acclaim.

Following a personal period of change and loss, Francesca upped and left her life in London to relocate to Senigallia for five months, a small town in Italy in which her father and grandmother live. Setting up camp in her fathers attic where she both wrote and recorded her music, Francesca’s alienation from the world pushed her to her greatest height as a musician and her ability to turn times punctuated by darkness into music that radiates hope, strength and optimism, gave her sound the confidence it had been craving. “It was a very emotionally testing time,” says Francesca. “I wrote a lot of music up there, but it’s not a proper studio, it’s bedroom produced.” Using just a keyboard, a computer, and a set of speakers to capture her sound – a vulnerable, yet positively uplifting accomplishment – Francesca stayed put until her EP was complete. The first track on her “Like Water” EP ,“Darkest Hour”, is testament to Francesca’s enduring quality and determination as an artist. Representative of a transformative period in Francesca’s life, the track itself is symbolic of resistance – never backing down, and never giving up.

With a voice that can be both emotive and empowering at once, Francesca sings of loss, adaption, and survival. “That’s my aim, too be as honest and real as possible in hope it connects with people,” says Francesca. “When I worked in mental health I had a lot of people really open up to me, really let it all out – there something really honest about that. I wish to give something to people. I don’t want it to be about me. I want the music to speak for itself and hopefully offer something back. That’s what fuels my passion”

Having spent the latter end of last year supporting Coldplay on their European tour, following the success of “Like Water”, Francesca has been back in the studio working on what some might call a Herculean task – eight new songs, each accompanied by a video lensed by a different director, each narrative exploring a different emotional theme. Exploring her inner emotional realm to find solace, Francesca puts a positive spin on the emotions we’re often programmed to associate with shame or negativity.

Instead of a traditional release this project sees Francesca release a series of sound and video collaborations. Something of an emotive tapestry, each video is an emotive and captivating exploration of a complexity of emotional themes, conveyed through intimate and profound human stories. Francesca’s aim “My intention with this series is to unravel emotions that are so often buried,” she explains. “By bringing them to light, I hoped to make them easier to talk about and to illustrate how interconnected we really are and how healing it can be to truly reveal ourselves.”